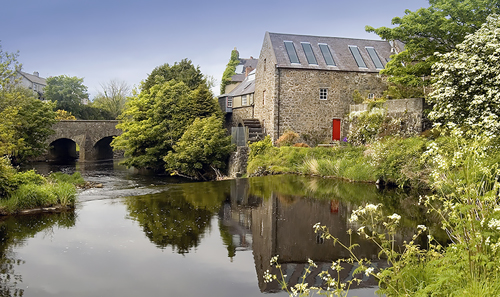 Palmer's Mill which carries the name of the former owner from the 1920's was built between 1825 and 1850. It served as a corn mill and kiln right up until the 1960s when it fell into disuse. It is believed that an older building stood on the site and another water powered mill beside it at the ford (and later the bridge) which would have been the main part of the settlement at that time.

The present owners Sam and Jan Huey took on the huge task of completely restoring the old mill back to the condition you see today complete with a fully working water wheel and associated interior mechanisms. Today it is managed by the Landmark Trust and available to book for vacations. 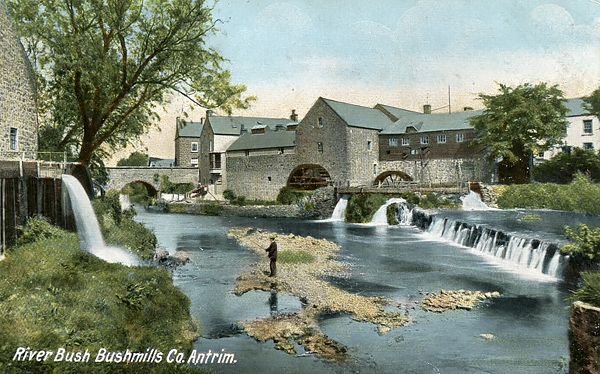 Mills have always played a significant part in the history of Bushmills. At one time there were seven in operation along the river Bush between the Walkmill Falls and the Spade Mill at the bottom of the town. Today we only have Palmer's Mill and Curry's Mill on the far side of the river to remind us of the structure and appearance of these working buildings from our past.

Directly behind Palmer's Mill, adjacent to the red door in the photo was  another water wheel which powered a  Saw Mill run by James Dean. 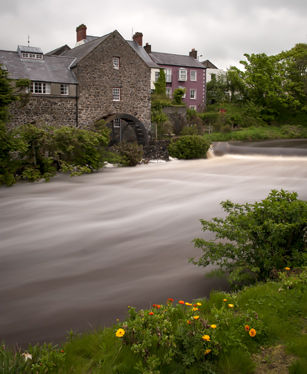