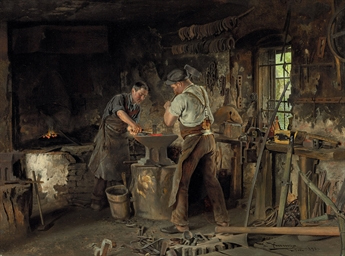 William Anderson established a spade mill here in early 1800s, we have no records of the exact date but  it was certainly operating in 1820 and built sometime prior to that.  The Spade Mill continued to operate until 1916.  Around the mill there was an 'ironworks' which on 19th century maps is described as a “foundry”.  During the peak of its operations it may have employed two main water wheels and a trip hammer to work the bellows. Nothing remains of this today apart from some outbuilding and the front wall adjacent to Woodville House. The spade mill produced a whole range of spades and agricultural implements, the product was of high quality and became well known throughout Ireland and certainly an equal to Patterson's Spade Mill which had an historical link to Bushmills. The spade mill was not a simple business, in Ireland there were more than 150 different kinds of spades which varied  from area to area and for different purposes. A spade of quality had to last for more than one generation and made to be used with bare feet. To operate a Spade Mill needed not only handskills but knowledge of water wheels and their workings. 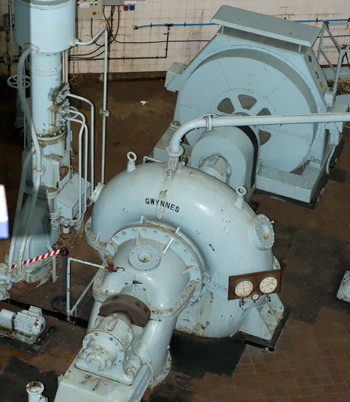 The developments that started at the spade mill here in Bushmills after the daughter of Willaim Anderson married a John Gwynne would eventually reach around the world and connect to many icons including the Titanic, Bentley cars and the Sopwith Camel.  For more information about this unique history enjoy a Bushmills Walking Tour.