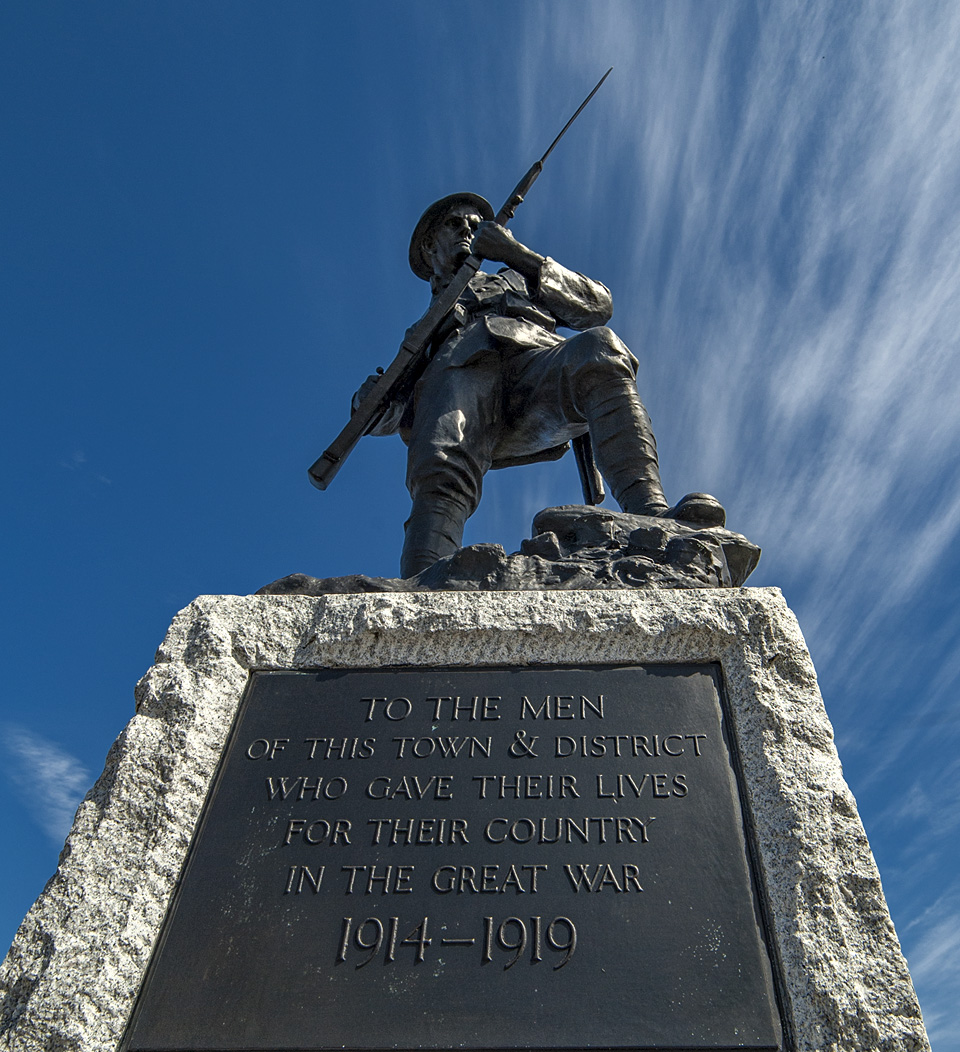 The Bushmills War Memorial entitled  ' R.I.R.' (Royal Irish Rifles) was created by the well known Victorian sculptor Charles Leonard Hartwell  RA, FRBS, RBC  (1873-1951).  £3000 was collected in the Petty Session District of Bushmills to fund the memorial to the men of the town and district who gave their lives for their country in the Great War of 1914 - 1918.  The sculpture was unveiled by Lady Macnaghten on November 5th 1921. Prior to its unveiling it had been exhibited at the Royal Academy in London.

A plaque was later added to the memorial for Robert Quigg (1885-1955) who was a recipient of the Victoria Cross for exceptional bravery at the Battle of the Somme during the First World War. Today a sculpture of Robert Quigg stands opposite the Bushmills Inn and was unveiled by the Queen in 2016. During the height of the Battle he went out into No-Man’s Land seven times under heavy machine-gun fire to try to find his commanding officer, Lieutenant Harry Macnaghten, returning each time with a wounded soldier. He was awarded the Victoria Cross by King George V in January 1917 and was also a recipient of the Russian Order of St. George.

Some other work by Charles Hartwell: From top left to right: Self portrait, George and the Dragon,

Bottom Row: The Stalkers, The Shepherdess , Study for part of a War Memorial, and Dawn. 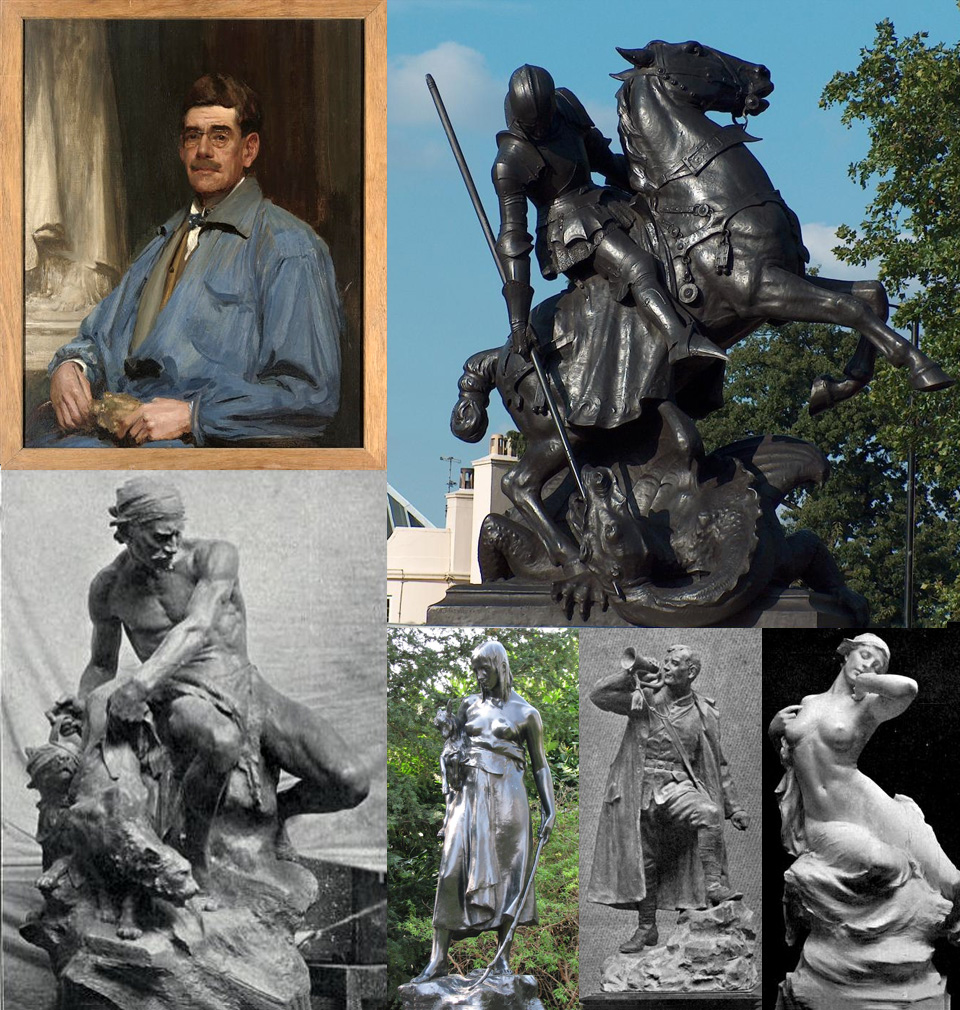 Charles Hartwell (Self portrait below left) was born in Blackheath, Kent,he studied under William Firth, Edward Onslow Ford and William Hamo Thornycroft. He began exhibiting at the Royal Academy in 1900 and became a full academician in 1924.

He produced several well known sculptures including: 'St. George and the Dragon'  St. John's Wood, London,  'The Goatherd's Daughter' Regents Park, London  which was awarded a silver medal by the Royal Academy. He produce many memorial sculptures, plaques and busts, The Bushmills sculpture is the only example of his work in Northern Ireland.